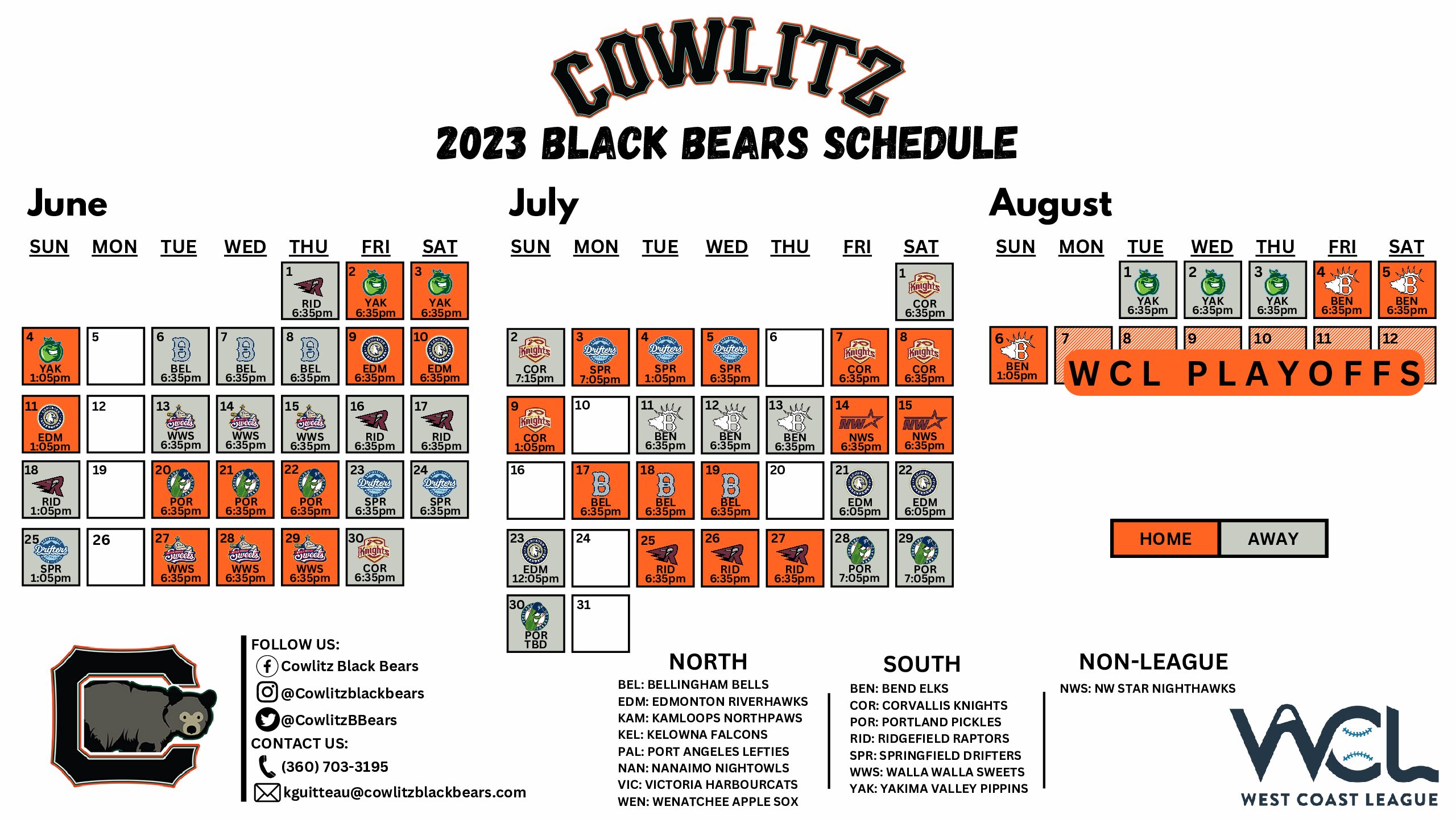 The West Coast League announced on Tuesday the schedule for all 16 affiliated teams in 2023. The Black Bears begin their 2023 campaign with a non-league road matchup against their fierce rival: the Ridgefield Raptors! This will be the first game in a best-of-seven season long series as they look to take back the Columbia River Cup trophy. The team will then head home to David Story field for opening day and a weekend series against the Yakima Valley Pippins on Friday, June 2nd. The Black Bears play 29 home games in 2023 that will feature 9 formidable opponents including; the Yakima Valley Pippins, Portland Pickles, Ridgefield Raptors, and reigning WCL champion Corvallis Knights. To view the full schedule, click HERE