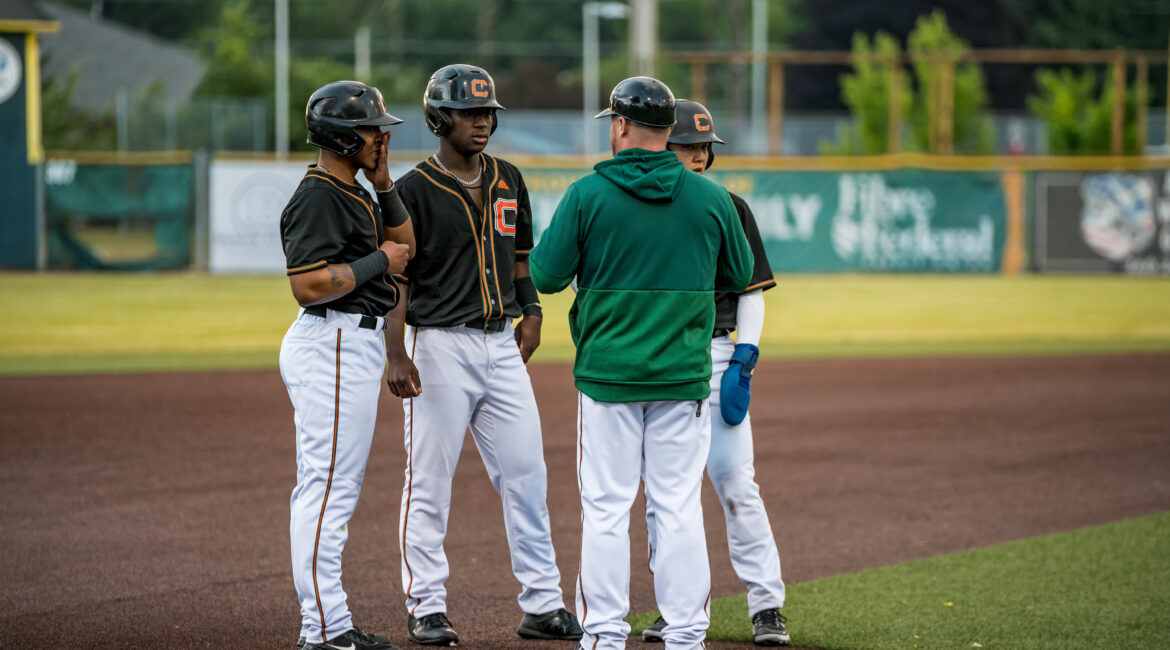 Walla Walla, WA — After a bumpy home stand that saw their team go 2-4, the Cowlitz Black Bears (6-9) will look to hit the reset button on the road heading down the stretch of the first half. They’ll take on a familiar foe in the Walla Walla Sweets (7-8), a squad that took two of three games against the Blacks Bears in the first Cowlitz home series of 2021. In addition to looking for revenge for that matchup, the Bears of Summer will try to get their first half back on track with nine games to go before the standings level back off.

Since 2010, Cowlitz have sported a 30-27 overall record in matchups against Walla Walla, but have not won a series against them since August 6-8 in 2018. The Black Bears had a shot to break that streak at the start of the month, but dropped a pair of one-run games before winning the final contest of the set. Both teams have gone 5-7 since they last met, so we should be looking at another trio of tightly contested affairs.

In their six-game home stand, four different Black Bears hit home runs, nearly doubling the team’s total heading into that stretch. Cary Arbolida (UC Santa Barbara), and Wilson Weber (Oregon St.) both busted out of slumps by homering against Wenatchee, while newcomer Broc Mortensen (UC Santa Barbara) and Henry Muench (Portland) each hit game-tying dingers in separate contests against Bend. Muench now leads the team with a pair of big flies and a .650 slugging percentage; expect him to find his way near the middle of the batting order moving forward.

Myles Davis (Feather River) will get the ball in game one for the Black Bears, fresh off of a dominant performance against Corvallis. In the 10-1 victory, he earned his first win of the season, tossing six innings of one-run ball, while striking out three and scattering five hits. He also dazzled in his first outing against Walla Walla, recording six punch outs against just five total baserunners allowed in six frames. This time around we’ll see if he can replicate those results and help Cowlitz get back to their winning ways.

At the plate, someone to keep an eye on is the aforementioned Wilson Weber. The future Beaver has been on a tear over the past week, hitting .400 with a home run, a pair of doubles and seven RBI over the course of a four-game hitting streak. He’s been seeing more time in the middle of Brian Burres’ batting order and it’s easy to see why.

As for the Sweets, two-way player William Grimm (Loyola Marymount) has been a bright spot for his team in all aspects of the game. The southpaw not only leads Walla Walla in batting average (.294), doubles (4) and RBI (7), he’s also pitched to a tidy 2.25 ERA in four league appearances. Though he went just two for twelve against Yakima Valley in his last three-game series, he’ll present a challenge for the Cowlitz staff and be an arm their lineup needs to prepare for coming out of the bullpen.

Catch all the action this season either at the ballpark or from anywhere on the Cowlitz Black Bears YouTube channel  or the Black Bears Radio Network.x