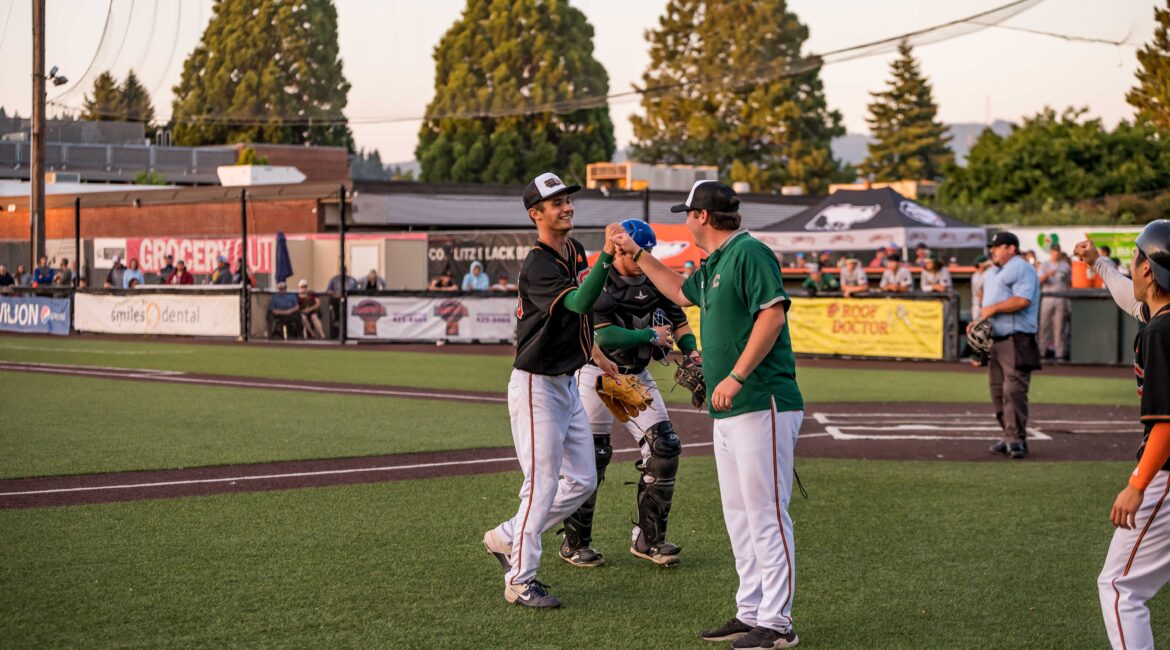 Longview, WA — The first half of the WCL season for the Cowlitz Black Bears (10-14) has officially come to a close, and before they get started with their next set of league games, Cowlitz will get a chance to tune up with a quick home-and-home series against the Corvallis Knights (23-7). The last time these two teams played, the Black Bears pushed their opponent to the limit, winning one of the three games 10-1 and dropping the other two by just a combined four runs. The Knights won the first half title for the South Division and will be a great test for Cowlitz’s squad as they get ready for a playoff push of their own.

In a scheduling oddity, the Knights and Black Bears will not play a WCL game against each other during the second half of the regular season despite being in the same division. In fact, Cowlitz have just six divisional games in their next 24 contests. Corvallis have gotten off to a good start going 5-1 in round two of the season, while the Black Bears have gone 2-4 in their last six to close out their first half. Even though the next two games will have zero impact on the standings, these games will serve as a feeling out period for each squad with Cowlitz getting a chance to see how they match up against the best team in the league and Corvallis testing their offense against the WCL’s top pitching staff.

We might not get a chance to see some of the usual suspects as starting pitchers in this series, but given Brian Burres’ decisions in past non-league games, fans might get another longer look at reliever Dale Takalo (Lewis-Clark St.) The hard-throwing right-hander has a made a pair of starts this season, with both coming in non-league contests. If he does indeed get a start, he will be coming in fresh off one of his best performances of the season: an inning and two-thirds of scoreless relief with two strikeouts and just one hit allowed against the Ridgefield Raptors (15-12) and their league-leading offense. Takalo has done a fine job out of the ‘pen in 2021 and could boost his confidence for the second half with a good showing against Corvallis.

As for the Knights, it’s hard to write about them without mentioning Travis Bazzana (Oregon St.). The Sydney, Australia native is having an unreal season thus far, pacing the WCL with a .415 batting average thanks to 12 multi-hit games. He’s also currently riding a six-game hitting streak in which he’s collected two or more base knocks in his last five contests. Bazzana is a tremendous offensive talent for Corvallis and will certainly be someone the Black Bears will have to gameplan a little extra for.