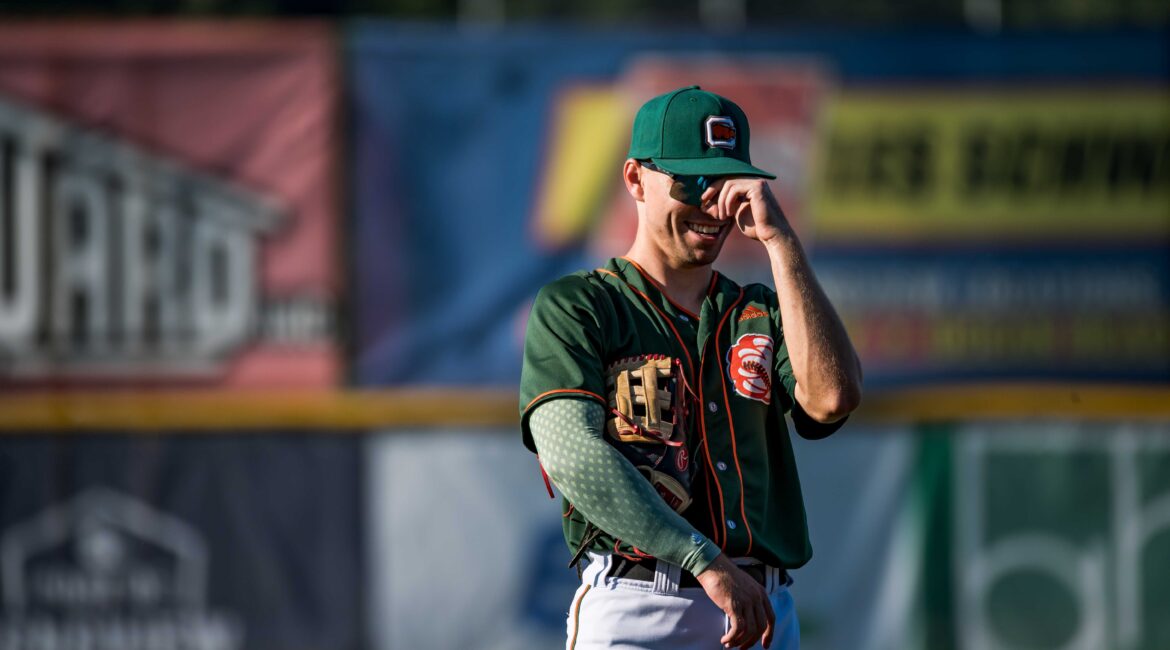 Longview, WA — The Cowlitz Black Bears (12-15, 2-1) started off the second half of the season by making a statement to the rest of the league. Not only did they take down the first half North Division champion Yakima Valley Pippins (18-12, 3-3) two games to one, Cowlitz surrendered just two runs in the process. This week, the Black Bears will have an opportunity to create some separation in a tight divisional race, hosting the Portland Pickles (18-12, 3-3) for a three-game series. With the top two pitching staffs in the WCL out there and potential playoff positioning on the line, the fans are in for a treat over the next three days.

These two teams squared off not too long ago in Portland, with Cowlitz coming two at-bats away from a road sweep. Unfortunately, for the Black Bears, the Pickles edged out a pair of walk-off wins thanks to Leo Mosby (UC Santa Barbara), and ended up winning the series two games to one. Despite the losses, there were plenty of bright spots for the Bears of Summer, including a 7-0 victory, a 10 strikeout performance by Kelly Austin (UCLA), and home runs by Broc Mortensen (UC Santa Barbara) and Kase Ogata (Utah Valley). Now back a David Story, Cowlitz will look for some revenge and go for their first series win against Portland in franchise history.

As mentioned above, the Black Bears and Pickles boast the two best collections of arms in the entire West Coast League with ERAs of 2.97 and 3.26 respectively. The Cowlitz staff have been particularly hot as of late, shutting out Yakima Valley in back-to-back games in their first matchups of the second half, the first time in a decade they’ve blanked opponents in consecutive contests. They also are top-three in other key statistical categories such as WHIP (1.25 T-1st), BAA (.218, 3rd) and slugging percentage against (.292, 1st). Comparatively Portland stacks up well in those figures, matching Cowlitz’s 1.25 WHIP, and boasting a .208 BAA (1st), and a .296 slugging percentage against (2nd). Given all this, and David Story Field’s reputation as a pitcher’s park, expect runs to be at a premium this series.

Kase Ogata has been tearing the cover off the ball as of late for the Black Bears and has become a mainstay in the middle of their batting order. Over the course of his current five game hitting streak, he’s gone seven for his last twenty (.350), with a double, four RBI and a run scored in that span. Ogata’s best asset as a hitter is being able to find a pitch nearly every time at the plate to barrel up and send fielders running for the hills. One will seldom find a player with his combination of pure power and plate discipline in this league, and he should be a joy to watch this week.

As for Portland, it looks like Leo Mosby will be a thorn in Cowlitz’s side for the second series in a row. The infielder’s 12-game hitting streak has vaulted him into second place in the WCL batting title race with a .375 average. In his 20 for 44 stretch dating back to July 6th, Mosby has knocked in 19 of his 27 RBI while adding four doubles and a pair of home runs. It’ll be interesting to see how he fairs in a park that contains what some pitchers call the “Longview Forcefield,” given the constant winds blowing in from the outfield, and how the Black Bears’ arms will gameplan to attempt to neutralize his impact on the series.