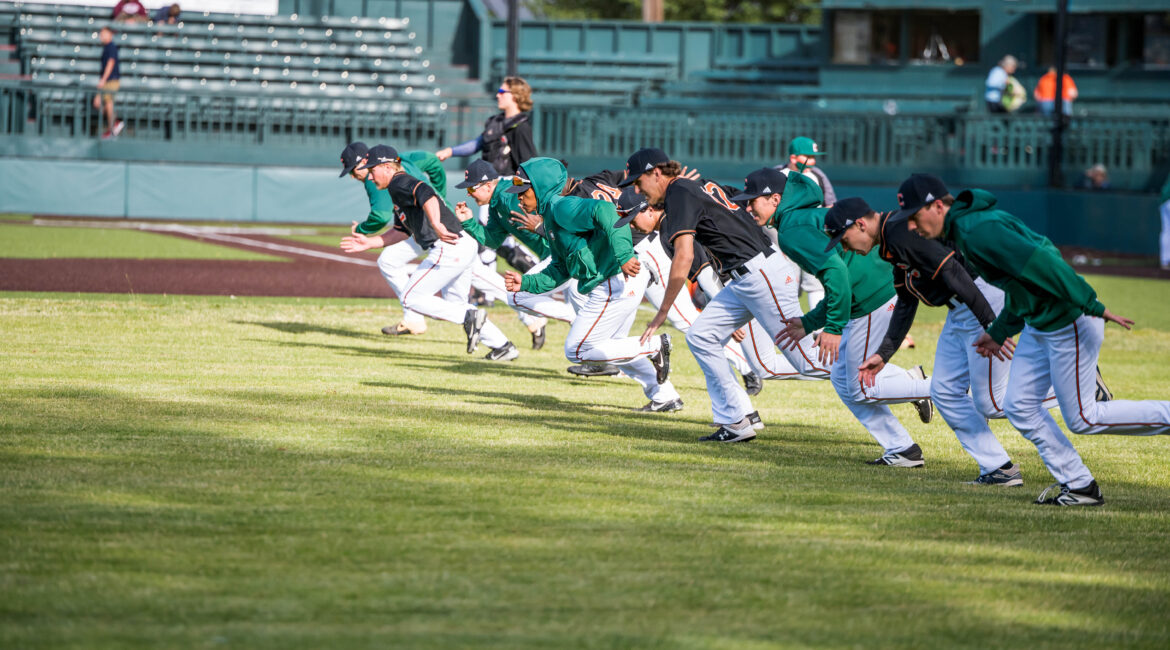 Longview, WA — After a hard-fought series in Corvallis, the Cowlitz Black Bears (4-5) have returned to David Story Field to begin their first of two six-game home stands of the season. Their first opponent will be the Wenatchee AppleSox (6-6), who come to town on the heels of a wild series against Bend in which they dropped the final two games and were outscored 30-20. The AppleSox currently sit at second place in the North Division and should be a formidable challenge for Cowlitz as they look to get on a hot streak to catch the leaders of their own division.

Dealin’ on the Mound

Though the team went 1-2 on the road trip against the Corvallis Knights (8-4), the Black Bears’ starting pitching continued to dominate. Tyson Guerrero (Washington), Myles Davis (Feather River) and Kelly Austin (UCLA) combined to throw 17 innings in which they pitched to a 2.65 ERA and a 1.06 WHIP while striking out 19 Knights. Kyle Sandstrom (Charleston Southern), also picked up his first save of the season with three innings of scoreless relief in game two, allowing a duo baserunners and punching out five. The pitching staff continues to be a major strength of this team and one of the top units in the WCL.

Like Cowlitz, Wenatchee have been a part of the WCL since the very beginning, making for a decade plus long history between them. Overall the AppleSox have had the upper-hand, as the Black Bears are 16-23 against them since 2010. The last time the Black Bears won the season series was in 2017 when they won five of six games, including a road sweep at Paul Thomas Sr. Field.

In 2021 Wenatchee have gotten off to a slow start at the plate, hitting just .208 as a team. They have however, still managed to bring in runs, averaging 4.6 per contest, which is just above their team ERA of 4.54.

On the Cowlitz side, they’ve faired a bit better at the plate, sporting a .220 average to go along with 4 runs per game in league play. This has been backed up by their elite pitching staff who enter the series with a 3.75 ERA.

There have been plenty of hot bats to keep an eye on in this Cowlitz lineup, mainly two left-handers at the top in Rikuu Nishida (Mt. Hood CC) and Jacob Stinson (Nevada). Nishida went on a tear in Corvallis, reaching base at a .571 clip in three games while adding three stolen bases. Stinson was immaculate in the rubber game, going four for four with a walk and a double. Additionally Carson Angeroth (Umpqua CC) will look to impress in his third start for the team. As for Wentachee, the Black Bears will have to tread lightly around Adam Grob (South Carolina Upstate), who’s slashing .341/.429/.585 with a pair of homers and 11 RBI to start the year.