Pre Series Outlook vs the Knights 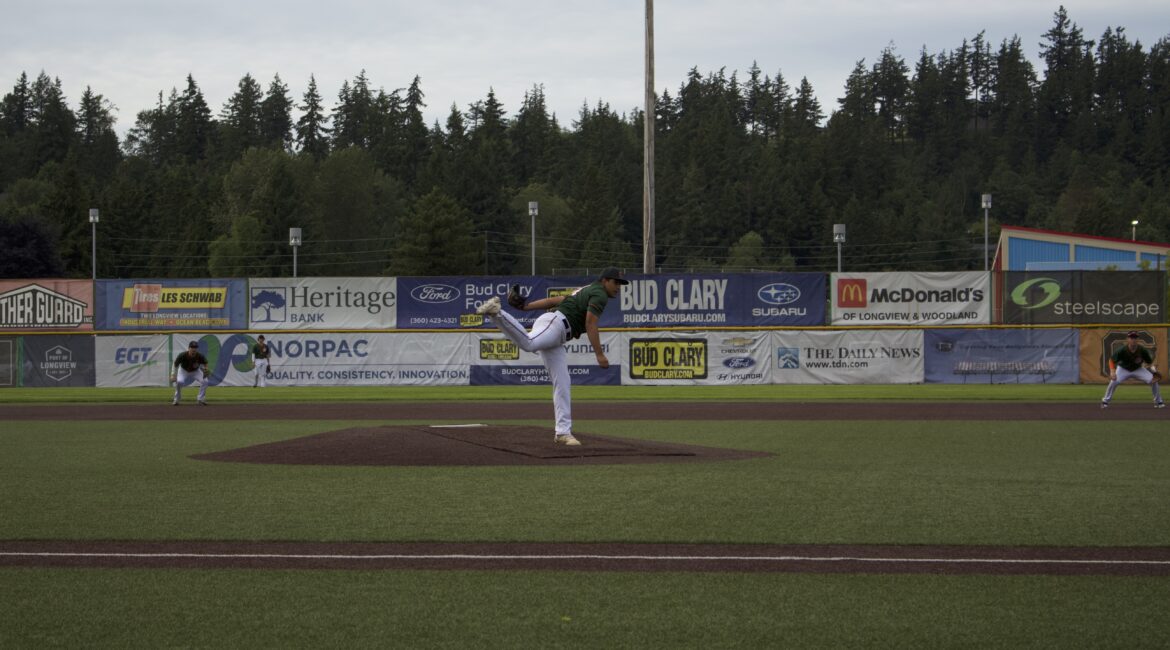 BACK AT HOME LOOKING FOR MORE

Cowlitz returns to Story Field after taking the weekend series against the Walla Walla Sweets in
Walla Walla.

Cowlitz took the first two games of the series, extending their win streak to six games following
a sweep of Kamloops and a Game Three victory against the Springfield Drifters. The six-game
win streak was the longest win streak for the Black Bears since 2019.

The Black Bears jumped out early against the Sweets in Game One Friday night, putting up five
in the first three innings, setting the tone for the series while starting pitcher, Ryan Rembisz,
from the University of Portland faced two batters over the minimum over five innings, helping
the Black Bears cruise to the series opening win, 9-3.

In Game Two on Saturday, the Black Bears once again scored early, taking a 3-0 lead into the
middle innings. After Walla Walla cut the ballgame to two, the Black Bears exploded
offensively, putting up four runs in the top of the fifth, and five more in the seventh, cruising to
their sixth straight win, 14-3.

After Game Three’s start time was pushed up to 11 a.m. due to inclement weather in the
forecast in Walla Walla, the Black Bears dropped Game Three, but Cowlitz had already secured
their third straight series victory.

Cowlitz has scored 10 or more runs in four games so far this year, while reaching the double-
digit mark in hits in seven games. The Black Bears are hitting .312 as a team, good for first in the
West Coast League.

The Black Bears offense is being led by John Oleson (Ventura College), who is hitting .462 with
10 RBI over his first nine games, and Calyn Halvorson (Utah Valley), who is tied for the league
lead in home runs.

After the 7-2 start, the Black Bears face their biggest challenge yet on this young season, the
Corvallis Knights.

After the first week of the season, Corvallis has only played three games due to rain outs on
their schedule, holding a 3-0 record, good for first in the South Division of the West Coast
League.

Last season, the Knights took the only series, 2-1, but now this new look Black Bears team
wants to compete with the best the West Coast League has to offer as Cowlitz looks to return
to the playoffs for the first time since 2012.

First pitch for all three games is scheduled for 6:35 p.m. at Story Field this Tuesday, Wednesday,
and Thursday.

On Tuesday, it is ‘Three Dollar Tuesday’s’, where tickets, hot dogs, nachos and domestic beer
are all three dollars, while Wednesday is ‘Fibre Family Wednesday’, where fans can get five
dollars off tickets purchased at the gate if you show your Fibre Family Credit Union card.
If you can’t make it to Story Field this week, all games at home are streamed online on
cowlitzblackbears.com.