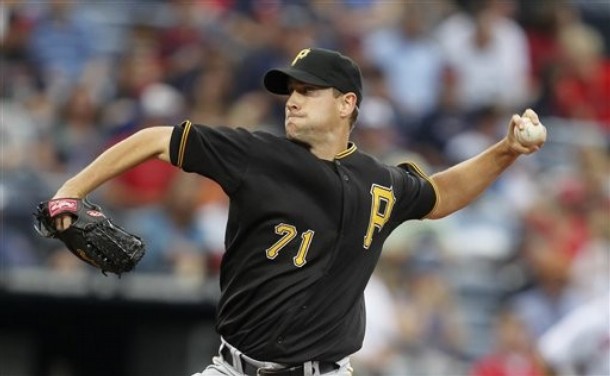 The Cowlitz Black Bears are proud to announce the addition of Brian Burres as the manager of the 2021 ball club. A Gresham, Oregon native, Burres offers a wealth of professional experience from a 16-year career, six of which came at the Major League level.

“As an organization, we always put the Black Bears player experience at the top of our priority list when deciding who will lead these young men during the season,” said Gus Farah, Executive Vice President of Southwest Washington Baseball Group, regarding the hire. “Brian Burres brings with him such a diverse range of experience, having worked his way from Junior College baseball, through every level of the minor leagues, to overseas in Taiwan, Mexico, and Venezuela as well as the mountain top of the Major Leagues, where he not only competed, but found great success. Our players can use him as a tremendous resource to develop and learn the game on this stop of their baseball careers, which makes us excited and proud to add Brian to our team.”

Burres is familiar with the West Coast League and baseball in the Northwest, having prepped at Sam Barlow High school in Oregon, followed by a two-year stint at Mt. Hood Community College, after which he was drafted by the San Francisco Giants organization. Burres made his Major League debut in 2006 for the Baltimore Orioles, where he played for parts of three seasons prior to stops with the Toronto Blue Jays (2009) and Pittsburg Pirates (2010-2011). All told, Burres threw more than 350 innings in the big leagues and totaled over 1500 innings for his professional career. At the conclusion of his playing career, Burres began coaching as a pitching coach at Mt. Hood and then with the Gresham GreyWolves.

“I am grateful to have this opportunity with the Black Bears to get back into the game I love and to be around the players that are forming the future of America’s pastime,” Burres said. “I am especially excited to share in some of the knowledge and nuance of the game that I was fortunate to learn while in Major League Baseball. I can’t wait to get to Longview and get to work!”