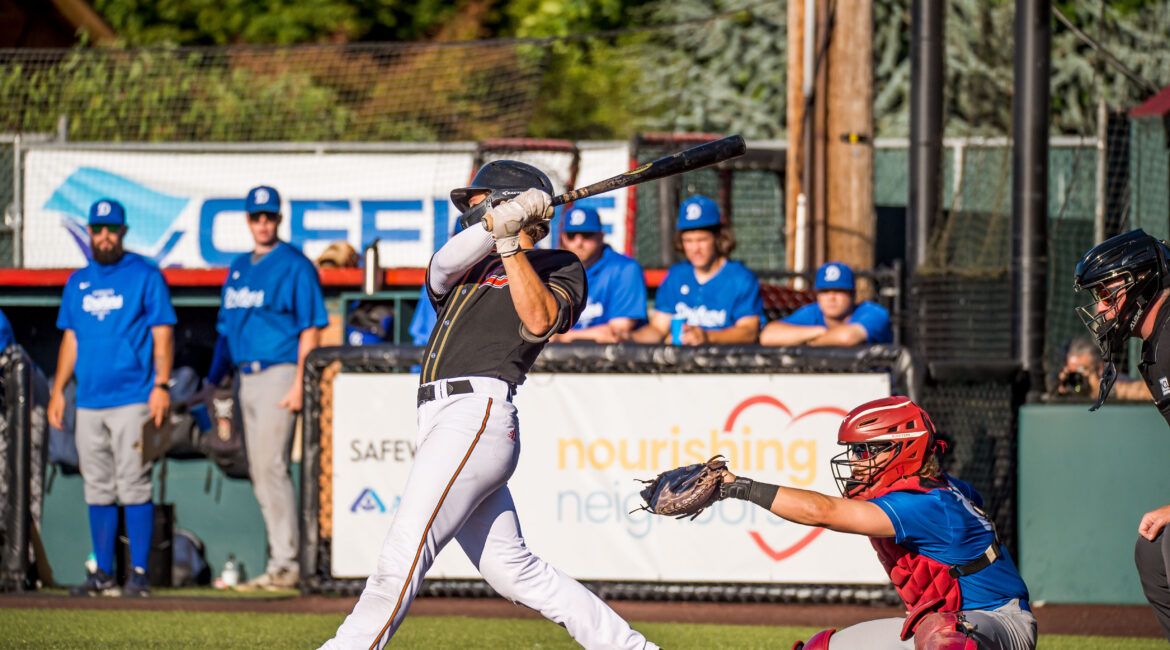 What’s going on everyone, it’s Brendan Reilly back with another Broadcaster’s Blog!

I was able to catch up with some of the Black Bears from this past summer over the last month and check in with them to see how things are going at their new schools after transferring.

First is Calyn Halvorson who made the jump to Utah Valley after being at Northern Oklahoma Enid. Halvorson broke the franchise’s single season record for RBIs and ended up the West Coast League’s RBI king this summer with 45. It’s no surprise that the Guthrie, Oklahoma native carried his success from the summer over to fall ball.

Throughout the fall, Halvorson led the Wolverines in OPS, total bases, slugging percentage and home runs, while being top five in OBP, stolen bases and extra base hits. Halvorson said that he is enjoying his time in Orem so far and has really settled into his new home at Utah Valley.

Next up is Austin Smith. Smith made the decision over the summer to transfer across town to the University of San Diego from UC San Diego. Smith spent most of the summer as the Black Bears leadoff hitter providing a spark at the top of the order for the squad.

In the fall now at San Diego, Smith has felt right at home.

“It’s going great,” Smith said. “The players have made the transfer so easy bringing me in. The relationships here with the coaches are amazing. Throughout this fall, I have learned how they play the game here at USD as a team and it’s great that I get to now compete with them instead of against them. Lastly, you can’t beat playing at the beautiful Fowler Park in the San Diego weather everyday.”

Smith and San Diego start their 2023 season on February 17th when they host the Nebraska Cornhuskers.

The last Black Bear that I caught up with was infielder Seth Sweet-Chick. Sweet-Chick joined the Black Bears nearly halfway through the summer and immediately had an impact on the squad as an on base machine. He also got the save for the Black Bears in Bend on the final day of the regular season which knocked the Bend Elks out of the 2022 playoffs.

Sweet-Chick made the decision to transfer from Kansas to the University of Nevada and become a Wolfpack.

Nevada just finished up fall ball this past weekend and Sweet-Chick found success early on at his new school. He has been playing both second base and shortstop defensively and has seen a productive fall at the plate, including several home runs.

“It’s going great,” Sweet-Chick said. “It couldn’t go any better. The new staff and change of scenery has been great for me.”

That is the update on some of the Black Bears who changed schools from last spring to this fall. It is great to see them having success early on at these new places.

That is it for this month’s edition of the Broadcaster’s Blog. Make sure to come back next month for another update!