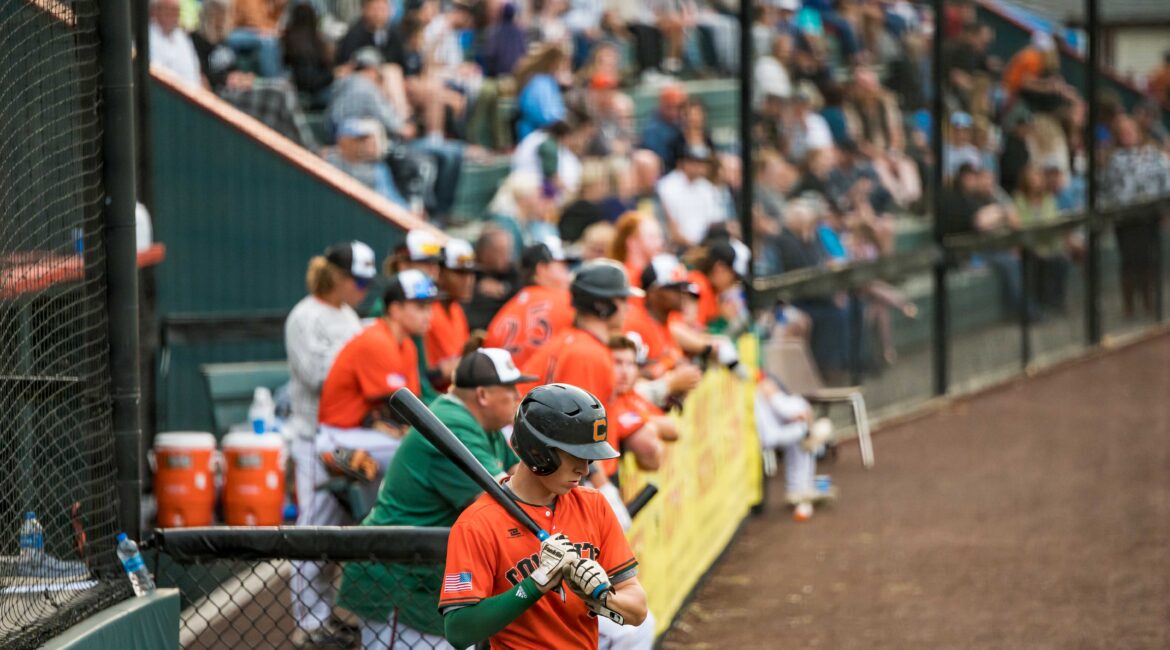 Ridgefield, WA — With the regular season winding down and just nine games left to go, the race to the playoffs has become scorching hot. Following a series victory against the Port Angeles Lefties (12-27, 5-10), the Cowlitz Black Bears will head down I-5 for perhaps their most important set of games of the entire season. This week, they will kick off a six-game road trip with a trio of matchups against their arch-rival, the Ridgefield Raptors (23-16, 10-5), which will not only likely determine whether or not Cowlitz will make the playoffs, but will also crown the first-ever victors of the coveted Columbia River Cup. The stage is set for a dramatic series, so let’s dive right in.

Including a standalone non-league game, this will be the third separate occasion in which these two teams have squared off in 2021. In all four contests, the Black Bears and Raptors find themselves in a 2-2 deadlock, with the scoring slightly in Ridgefield’s favor 18-16. Every contest has been close, with all but one game being decided by more than a pair of runs, featuring an unforgettable 3-2 walk-off victory for Cowlitz on July 10th courtesy of Matty Fung (Santa Barbara CC). With both teams playing some of their best baseball as of late, and fighting for the Cup and a playoff spot, expect the thrills and excitement of a heavyweight bout over the next three days.

Though the Black Bears were able to take care of business this weekend — winning two of three games against the Lefties — they have the misfortune of competing in an ultra-competitive South Division in which each team is above .500 in the second half. Due to these circumstances, Cowlitz still find themselves three games behind the Corvallis Knights (30-9, 12-3) for first place in half number two, and four games back of the Portland Pickles (23-16, 8-7) and the Raptors for second place in the overall standings. Obviously, a sweep is what every team is aiming for, but in order to stay in the hunt, the Black Bears may have no other choice than to take all three from Ridgefield in order to keep their playoff hopes alive. With nine games remaining on the schedule, every game will have a postseason air about it, and no group understands that better than Cowlitz, who will go out there with playoff intensity each and every time out.

Staff ace Kelly Austin (UCLA) is on the mound for the final game of the series, but Carter Sutton (Bellevue CC), has actually been the hottest starter on the team as of late. Game two’s arm for the Black Bears has been lights-out since entering the rotation, with 9.2 scoreless frames combined in team victories against Portland and Yakima Valley (25-14, 10-5). Though he did not get the decision in either contest, Sutton was able to use his fastball/curveball/cutter mix to keep the opposition off-balanced and set Cowlitz up for a chance to win both times. Additionally, Sutton’s style of pitching matches up well with the homer-happy Raptors, as his 63% ground ball rate should help mitigate the hitter-friendly conditions at Ridgefield Outdoor Recreational Complex and give his team the defensive advantage.

As for the home side, in a lineup full of talented bats, Caden Connor (Cal St. Fullerton) has stood out above the rest. In his last game against Walla Walla (14-28, 5-13), the Anaheim Hills native went a staggering six-for-six at the plate, including a double, home run and three RBI. His mastery in the box earned him his 18th multi-hit performance of the season, and his third such game in a row. Connor’s recent success is no surprise, as he’s been dominant all season, pacing the WCL in doubles (18) and RBI (42). One must always tread lightly when navigating through the Ridgefield order, but around Caden, a blast suit is all but required to attempt to stymie his impact.