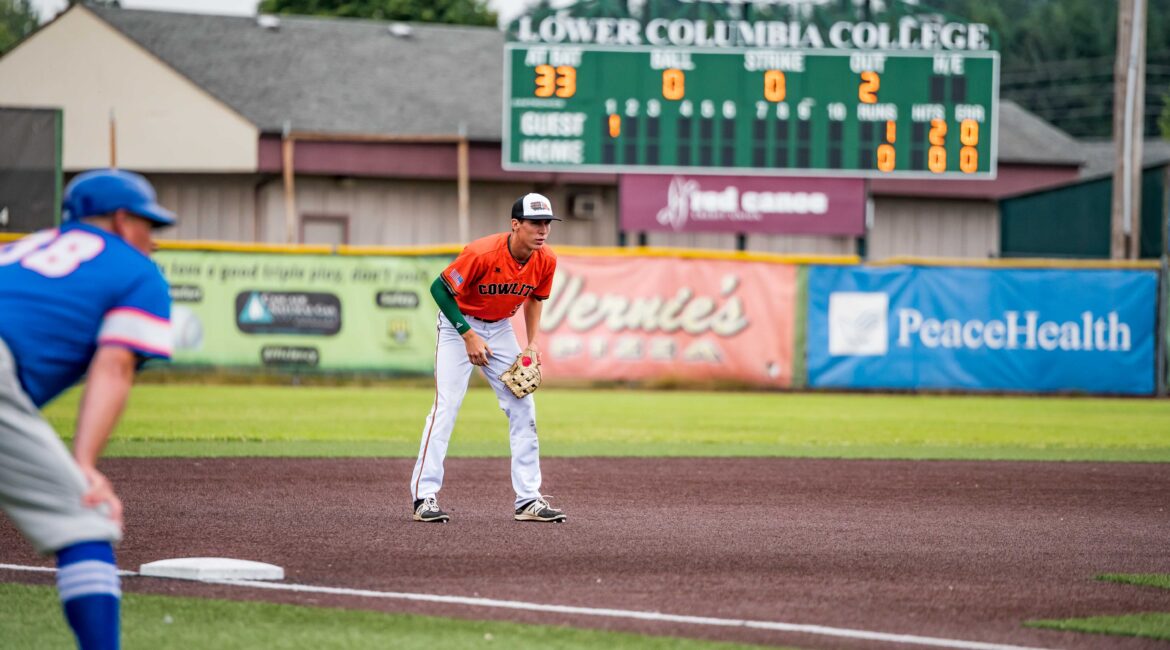 Wenatchee, WA — There are six games remaining in the regular season, and the Cowlitz Black Bears (21-21, 11-7) are still right in the thick of the race for a playoff spot. Cowlitz have won five of six series in the second half of the season and with a little help, are a hot streak away from clinching a postseason birth for the first time since 2012. In continuing their stretch run, they’ll head out to Paul Thomas Stadium to take on the Wenatchee AppleSox (17-25, 7-11), a team fresh off of a three-game sweep at home. Despite their vastly different second half records, both squads are just a trio of games out of a postseason birth, which should give these games some serious playoff baseball feel.

It feels like ages ago, but these two teams last met towards the end of June at David Story Field. In a frustrating three-game set for the Black Bears, the AppleSox were able to take advantage of some miscues by the home team to take the series two games to one. However, the Bears of Summer are a far cry from the unit they were less than two months ago and have gelled together like a championship-caliber group ready to take on any challenge. Having improved vastly on the mound and at the plate, expect this series to play out differently, particularly in terms of the cohesiveness of Brian Burres’ squad.

As mentioned above, the Black Bears are right in the middle of a wild race for the second playoff spot in the South Division. They currently sit four games behind the Corvallis Knights (33-9, 15-3) for the second half title, and three games back of Ridgefield (24-18, 11-7) and Portland (24-18, 9-9) for second place in the overall standings. The latter figures matter in this situation since if Corvallis win the second half, the final playoff birth will be awarded to whichever team finishes directly behind them in terms of full-season record. While this does sound like a tough road, catching the Raptors and Pickles may not be as daunting as one would think.

Ridgefield’s next three games will come against a red-hot Knights squad that has seemingly forgotten how to lose. Additionally, the Raptors have lost two of their last three series and with some players leaving for school, have not been as intimidating at the plate as they have been all season long, scoring just nine runs in their last three games combined. As for Portland, things will not be much easier for them, as they will play their final six games on the road, including a three-game series against the Bend Elks (21-21, 11-7), who have won three in a row and scored 31 runs in that stretch. With this outlook for the remainder of the season, there is a real chance that Cowlitz can advance to late-August baseball. All they need is to take care of business in their final two series and hope that their rivals crumble against their tough upcoming opponents.

Though he went hitless in his most recent game, Matthew Schwarz (Lower Columbia) has continued to swing a hot bat in the second half. Heading into the final game of the Ridgefield series, Schwarz was riding a five-game multi-hit streak, the longest of the season for any Black Bear. He now has 14 of such games on the season with seven coming in his last 12 contests. Whenever Cowlitz need to get a big rally going, Schwarz seems to be right in the middle of it, and will be someone to keep an eye on in the nine spot of the lineup this weekend.

On the AppleSox side, AJ Guerrero (Washington) has proven to be an outstanding mid-season pickup. All the infielder has done since joining the team on July 1st is punish opposing pitching, posting an insane slash line of .438/.500/.667 in 14 games this season. While his 48 at-bats are certainly a small sample size, it’s hard to argue with his success as those types of stretches certainly don’t come along for just any level of player.