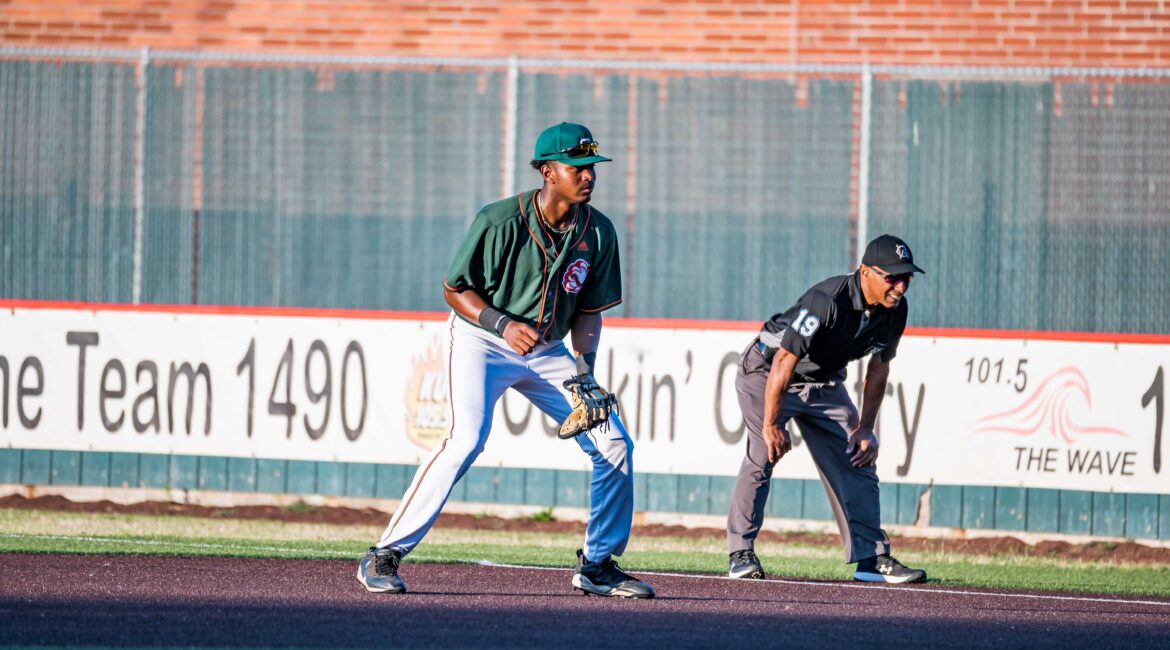 Yakima, WA — Nine games into the second half of the season, and the Cowlitz Black Bears (16-17, 6-3) are playing like the team we always knew they could be. After taking down the Port Angeles Lefties (10-23, 3-6) two games to one on the road, Cowlitz have now won three consecutive series and find themselves just one game out of first place in the South Division. Up next they’ll take on a familiar foe in the Yakima Valley Pippins (23-13, 8-4), a team the Black Bears held to just two runs in three games just over a week ago.

The Pippins were Cowlitz’s first opponents of the second half, and were set to be an immediate test of what the Bears of Summer were going to bring to the back end of the season. Despite missing the sweep, the Black Bears easily passed said test with flying colors, earning back-to-back shutouts in the first two games, and dropping the final contest by a razor-thin 2-1 margin. As you can probably tell by the scores, the pitching staff was the star of the show, holding Yakima Valley to a .091/.167/.148 slash line while picking up 42 strikeouts to just seven walks. The bullpen was dazzling, pitching six scoreless innings and striking out 11 while following up dominant starts by Kelly Austin (UCLA), Myles Davis (Cal St. Bakersfield) and Izaak Martinez (UC San Diego).

Since their series against the Black Bears, the Pippins have been on a bit of a roll. They’ve reclaimed first place in the North Division second half standings by sweeping Bend (14-19, 4-5) at home, and then taking two of three against Wenatchee (14-22, 4-8). In that span, they’ve averaged 7.5 runs per game, a complete 180 from how they faired against Cowlitz. Their excellent play as of late sets the stage for a can’t-miss showdown between two of the hottest teams in the league.

Inside the Hot Start

It’s easy to look at the standings and see that the Black Bears have one of the best teams in the WCL over the past week and a half; but just how good have they been? For starters, the offense has experienced a big turnaround, going from a group that averaged just 4.2 runs per game in the first half (including non-league games) to a lineup that posts 5.7 per contest. The epitome of their success at the plate was on Friday night when they scored a franchise-record 17 runs on 17 hits against the Lefties to kick off a series where they would score 29 total runs.

This turnaround at the plate is directly related to the team’s vast improvement in hitting with runners in scoring position. Heading into the first half, Cowlitz hit just .196 in run scoring opportunities but are now sporting a .289 mark with men on second, third or both in their last nine. With the WCL’s best pitching staff, folks around the league were always wondering how dangerous the Black Bears could be if and when they started to hit and now we’re getting to see that “what if” come to life in the form of a 6-3 stretch.

Additionally, the Cowlitz arms seem to only be getting better. Following the Port Angles series, they lead the WCL in ERA (2.86), WHIP (1.21), shutouts (4) and opponent slugging percentage (.291). What’s more impressive is that this team has been able to keep things up despite losing key arms in Kyle Sandstrom (Grand Canyon), Max Pettey (Sacramento St.), Tyson Guerrero (Washington) and the aforementioned Myles Davis. With the bats finally turning the corner to back up an elite group of arms, it’s really no surprise that the Black Bears are in the great position they find themselves in now down the stretch.

In the last few previews, I’ve been trying to stick to one player per team, but given the Black Bears’ offensive production last series, I couldn’t help but name two hot bats to spotlight.

After missing some time with a wrist injury, Torreahno Sweet (Jackson St.) has been a regular in Brian Burres’ lineup and is taking full advantage of his playing time. Most recently against Port Angeles, Sweet went 6 for 12 (.500) in the series with a pair of three hit, three RBI games to help boost the offense. He also managed to walk and get hit by a pair of pitches to reach base safely in 9 of 15 total chances (.600 OBP). With his blazing speed and excellent play in the outfield, Torre should continue to be a focal point of the Black Bears’ offense and be a key player in this important series.

The second Cowlitz player to keep an eye on is LCC’s own Matthew Schwarz. The shortstop absolutely decimated the Lefties’ pitching staff, going 6 for 12 (.500) at the plate, including his first two home runs of the season, a double, seven RBI and six runs scored. In the Black Bears’ franchise record setting 17-4 victory, Schwarz set a personal, collegiate career-high with five RBI while falling just a triple short of the cycle. His newfound power stroke adds yet another weapon to his dynamic style of play as he continues to help the team win ballgames.

On the Yakima Valley side of things, Spencer Marenco (Yakima Valley CC) has been on a tear as of late. The infielder is currently riding a four game hitting streak — including three multi-hit games — in which he’s gone 8 for 15 (.533) with a pair of home runs, two doubles, four RBI and six runs scored. He was completely neutralized against Cowlitz last series, with no hits in eleven at-bats, including seven strikeouts, so it’ll be interesting to see if he can stay hot against their collection of arms.