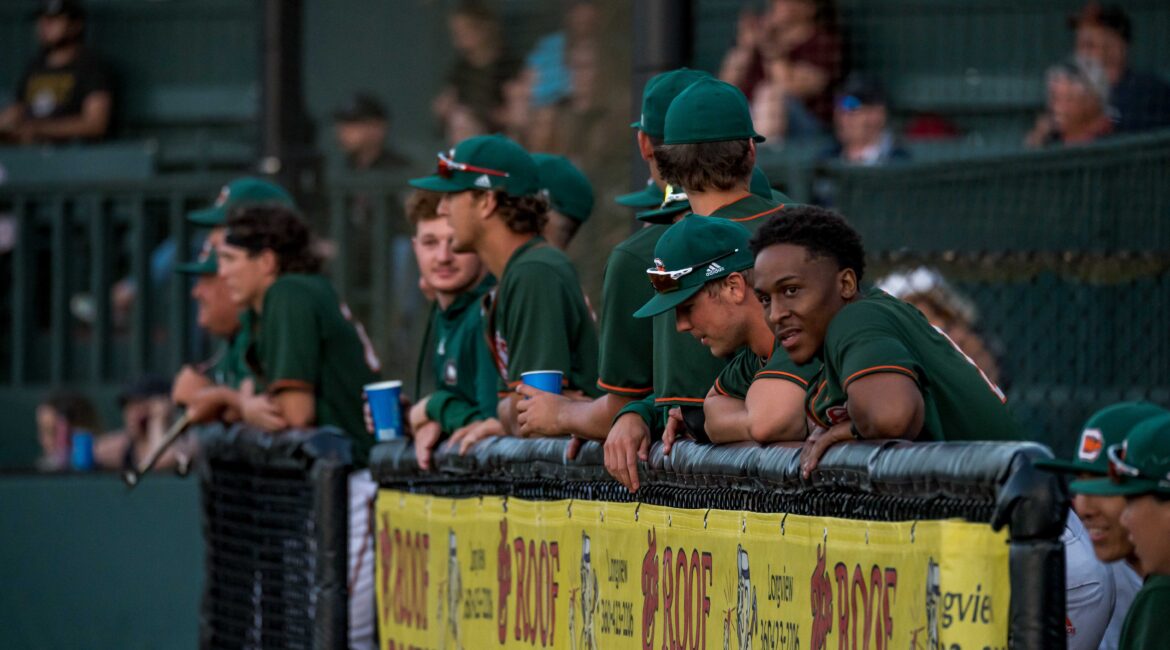 Longview, WA — It all comes down to this. The Cowlitz Black Bears (23-22, 13-8) took care of business, going 4-2 on a six-game road trip and now find themselves one game  back of a playoff spot with three games to go. They will try and make their dream of clinching a postseason birth for the first time since 2012 a reality in what should be quite the showdown with the Bellingham Bells (22-23, 11-10). There’s a lot to go over here, so without further ado, let’s dive right in!

If you’re looking for a doppelgänger version of the Black Bears from the North Division, then the Bells are certainly your team. Much like Cowlitz, Bellingham’s squad have an elite pitching staff (3.13 ERA, 1st WCL), while hitting just enough (5.1 runs/game) to back up their arms and be competitive in their respective playoff race. Though the Bells have posted a record that is one game worse than the Black Bears’, they have had the good fortune of playing in a weaker division, and have already clinched a playoff spot headed into this three-game set. It’ll be interesting to see whether or not Bellingham decide to rest some of their arms for round one against Yakima Valley (28-17, 13-8) or if they go all-in to aim for their first winning record since 2018. Either way, this is a fantastic matchup of two incredibly similar teams that will make for some seriously entertaining baseball at David Story Field.

Here is where things may get a little messy, so buckle in! With Corvallis (36-9, 18-3) winning both the first and second half titles in the South Division, the final playoff spot will go to whichever team has the second-best overall record. As things stand right now, Bend, Ridgefield, and Portland are all deadlocked in that position with identical 24-21 records, with Cowlitz just a single game behind the pack at 23-22. Though they do need help, the Black Bears still have a realistic shot at making it into the postseason, especially if they find a way to collect their first sweep of the season this week. Ideally that happens and the three other teams lose at least two of their last three games, but that would be incredibly lucky, so instead of just banking on that, let’s review some tiebreakers.

In an interesting caveat, Cowlitz actually have identical head-to-head records with all three teams that are in front of them, pushing them into the next tiebreaker: run differential against their opponents. The Black Bears split every series 3-3, but scored more runs against Ridgefield and Portland, while losing out on the tiebreaker with Bend by a single run. This means that if Cowlitz are tied at the end of the season with either the Raptors or Pickles, they will make it in, but if the Elks are involved in any sort of tie with the Black Bears, Bend will be the ones punching their ticket to the postseason, except if there is a three-way tie with Ridgefield. The reasoning for that is the Raptors swept the Elks in the regular season giving them the more valuable tiebreaker. Fortunately for Cowlitz, Bend have to play the Knights in Goss Stadium to end the season, which should increase their odds of losing at least a pair of games.

So what does this all mean?

Essentially, the Black Bears cannot afford to lose more than one game against Bellingham, as two losses would almost certainly sink them as long as at least one of the other three teams wins one game. However, with Ridgefield and Portland taking on Walla Walla (14-31, 5-16) and Port Angeles (12-33, 5-16) respectively, Cowlitz cannot count on them to lose more than once, therefore creating a scenario where they need a sweep to get in.

With all of this craziness, the playoffs have essentially already started for the Bears of Summer, adding both entertainment value and weight to each and every pitch of this upcoming series.

Instead of going in-depth on just one Black Bear, I thought I’d just share a few quick tidbits on a few Cowlitz players that will make them stand out in the final series.

Leading off (see what I did there?) is Rikuu Nishida (Mt. Hood CC), who is perhaps the hottest hitter in the entire WCL. In the series against the AppleSox (18-27, 8-13), Nishida extended three streaks: three games of multiple hits, seven games of at least one hit, and 21 contests in which he’s reached base safely. Additionally, Nishida’s 8 for 16 stretch at the plate in Wenatchee boosted his league average to .360, which ranks third amongst all qualifiers. If you’ve seen even just one inning of his performances on the diamond, then I don’t have to tell you how incredible this guy is, but if you haven’t seen him yet, he’s worth far more than the price of admission.

Next up is Sam Brown (Portland) who continues to obliterate baseballs in his short tenure with the team. After going 0 for his first 7, Brown has now ripped off a nine-game hitting streak, including two mammoth home runs and 11 RBI in that span. His power is surely a sight to see, and should help give the Black Bears an edge against Bellingham.

The last member of the team I want to highlight is Kelly Austin (UCLA). The right-hander is slated to start the final game of the regular season for Cowlitz, which seems fitting given how much he’s done for the team in 2021. Kelly leads all Black Bears in wins (3), strikeouts (73), innings (54) and WHIP (0.74), while posting a 2.66 ERA, which is the best on the team among pitchers with more than three starts. Additionally, his strikeout total and ERA rank first and fifth respectively in all of the WCL adding to the case that he is in fact the ace of the league. His stuff is special, and if you pick just one player’s career to follow beyond this season, I’d encourage you to pick Austin (though I could recommend nearly every Black Bear with a laundry list of reasons for each).

As for Bellingham, you’ll want to keep a lookout for Emilio Corona (Washington). The Bells’ outfielder has been a model of excellent production all season, leading his squad in home runs (4), RBI (22), and doubles (14). While the whipping winds of David Story Field should calm his power numbers a bit, his presence at the middle of the order will be something for Cowlitz players and fans alike to take note of.