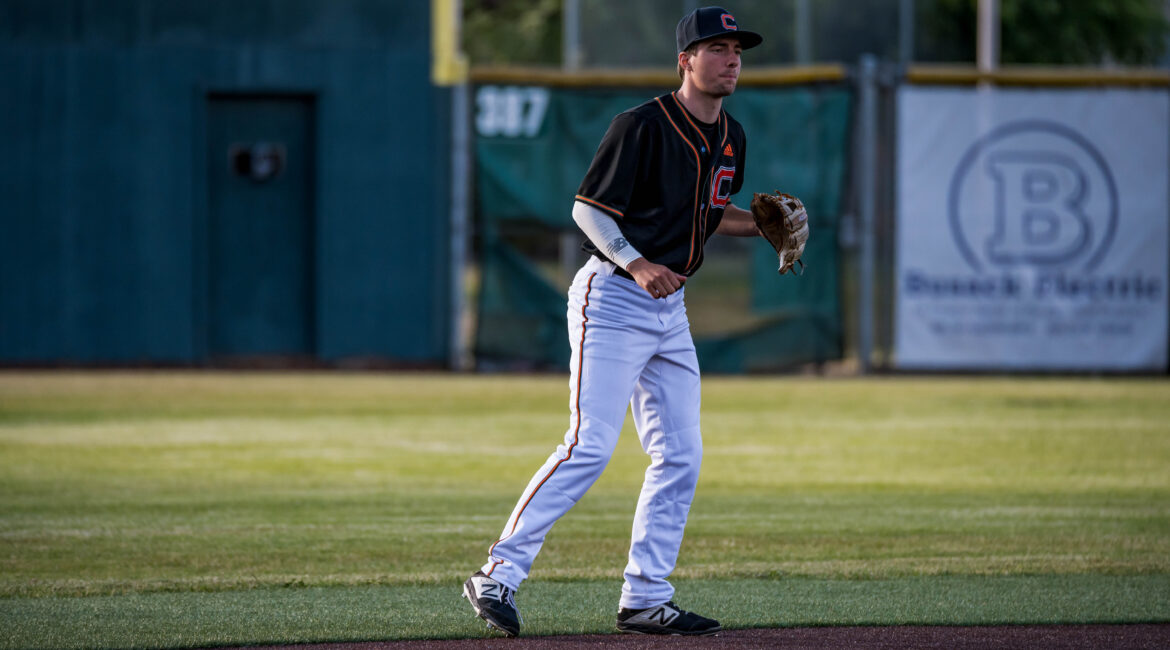 Longview, WA — The weather hasn’t been the Cowlitz Black Bears’ (3-3) friend over the past week or so, but with clear skies on the horizon, Longview’s ball club is ready to host the Highline Bears for a three game set. Cowlitz are coming into the series on a three-game unbeaten streak after winning back-to-back contests against the Bend Elks (1-5) and Northwest Stars Nighthawks (Non-League), while having a 5-5 game called in the ninth against the latter due to heavy rain. The Black Bears are clearly on the precipice of a hot streak and will look to continue their quality play against their new opponent.

After starting the season off slowly offensively, the Black Bears have heated up as of late, tallying 14 runs over their last three games. In the final matchup of the Elks series, Cowlitz put up a season-high seven runs with Sean Mulcare (Portland) and Brock Bozett (Spokane Falls), each posting a two-RBI game. Two nights later, Cowlitz experienced a power surge at the dish, with solo home runs by Henry Muench (Portland) and Kase Ogata (Utah Valley). This lineup is starting to click at the right time, making this series some can’t miss baseball.

The Highline Bears will come to town via Seattle, Washington taking a break from their regular Pacific International League schedule. They’ve been a tad sluggish at the plate to get going in league play, hitting just .185 with five extra base hits. The pitching staff has also stumbled a bit out of the gate, posting a 9.00 ERA in their first 25 innings of play. Despite those numbers, they’ve gotten excellent production out of outfielder Nate Blocher (Puget Sound) who’s hitting .429 with a home run, two doubles and eight RBI. Aiden McCann (Linfield) and Henry Baker (Puget Sound) will be a pair of arms to look out for as well, combining for 12 innings pitched while allowing just a pair of earned runs and striking out 15.

In addition to the names mentioned above for Cowlitz, the team have plenty of other players that should be on your radar this week. Keegan Wright (San Diego Christian) has been simply electric out of the bullpen, currently possessing a squeaky clean 0.00 ERA in four innings this season, while picking up a pair of wins and a save in both WCL and non-league play combined. Ogata is really starting to swing the bat well, mustering three hits in his first nine at-bats of 2021, and should continue to be a fixture in the middle of the lineup. Last but certainly not least is newcomer Michael Peterson (Western Oregon) who will make his first appearance for the Black Bears this series. Peterson had an excellent season for the Wolves, going 6-0 with a 3.31 ERA and 35 strikeouts across nine appearances.