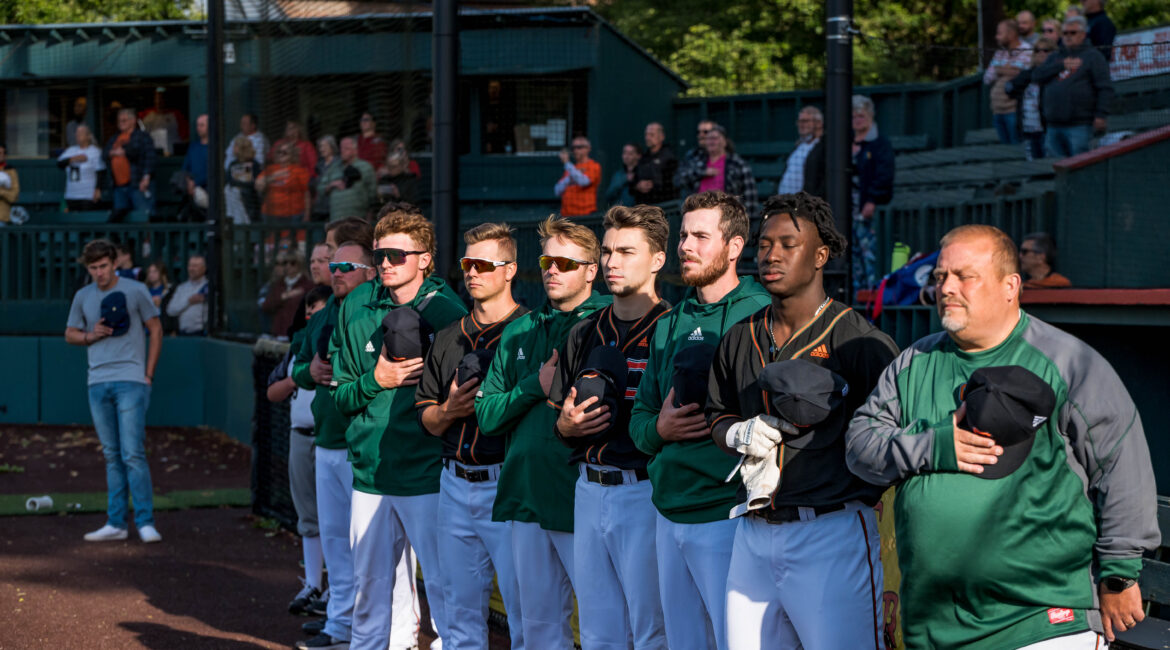 Longview, WA — Following a six-game road trip in which they split three and three, the Cowlitz Black Bears (17-19, 7-5) will head home to take on a familiar foe in the Port Angeles Lefties (11-25, 4-8). Though Cowlitz dropped their first series of the second half in Yakima, they were able to gain some momentum, picking up a dramatic 3-1 victory to close out the set. The Black Bears are now just three games out of first with twelve games left to go as they try to start a hot streak at home.

The absence of a sweep by Cowlitz last weekend would make the series appear closer than it actually was. In the first game, the Black Bears set a franchise record with 17 runs scored in a game that also saw Kelly Austin (UCLA) notch a season-high 11 strikeouts and Matthew Schwarz (Lower Columbia) drive in a 2021-high five runs. Game two was marred by number of defensive mistakes, yet Cowlitz still made it close in a 4-3 loss. To wrap things up, the bats came alive again in the rubber match with Torreahno Sweet (Jackson St.) and Dawson Martin (Nevada) knocking in three runs apiece to help clinch the series. Overall, the Black Bears outscored the Lefties 29-12 and should continue to have an advantage as the season series moves to the pitcher-friendly David Story Field.

With four series left to go, Cowlitz sit at 7-5 in the second half, tied with Bend (17-19, 7-5) and Ridgefield (20-16, 7-5) for second place, three games behind the first half champ Corvallis Knights (28-8, 10-2). The Black Bears currently have two paths to the playoffs: win the second half outright, or leapfrog the Raptors and Pickles (21-15, 6-6) in overall record to claim second place if Corvallis clinchs the second half. The unfortunate situation Cowlitz find themselves in is that only three of their last twelve games are within the division, as they’ll take on Ridgefield at RORC in August. On the flip side, their other nine games are against sub-.500 teams, including a series against Wenatchee (14-25, 4-11), who have lost four in a row. As of right now, the Black Bears have a legitimate shot of making their first playoff appearance since 2012, and if they can pull off a great series this weekend, they’ll more than likely vastly increase their chances.

He’s starred all season long, but Rikuu Nishida (Mt. Hood) has taken it to the next level as of late. The slick fielding second basemen went an astonishing 8 for 12 (.667) against the Pippins (25-14, 10-5), with two RBI, a trio of doubles, a triple, two walks, two steals and three runs scored. Nishida has now reached base safely in 13 consecutive games and is only getting hotter at the plate as the team heads down the final stretch of the season. His all-around excellence at all facets of the game will be a thrill to experience this week, and a reason to be excited about the Black Bears’ playoff odds.

For Port Angeles, Nick Oakley (UC Santa Barbara) continues to be the star of the show. He leads the team with a .294 average, five home runs and 16 RBI and is a legitimate threat at the top of their lineup. He also mashed Cowlitz pitching in the last series, with five hits in nine at-bats (.555), adding a pair of long home runs, five RBI, and six of his team’s twelve runs scored in those three games. While the whipping winds at LCC might slow down some of his fly balls, Oakley should still put on a good show for the Lefties.