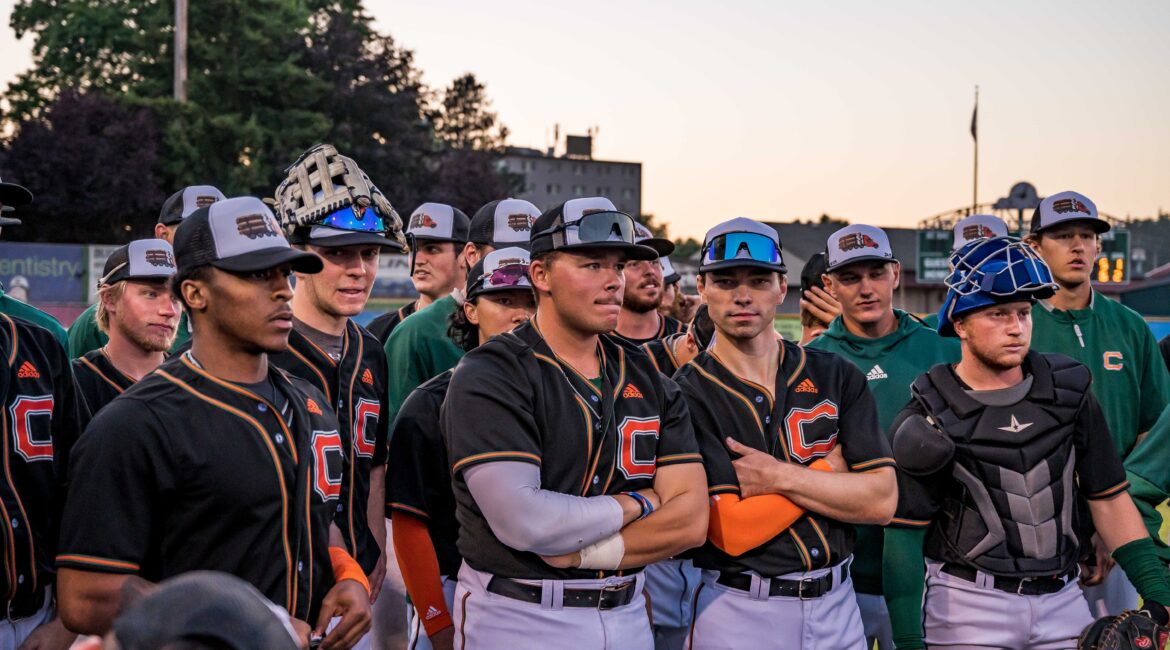 Longview, WA — With the first half coming to a close, the Cowlitz Black Bears (9-12) are raring and ready to go for rivalry weekend at David Story Field. In the first full series within the Columbia River Cup, Cowlitz will welcome the Ridgefield Raptors (13-11) to town with a 1-0 advantage in the season-long event, and a chance to finish the job on home soil. Additionally, this meeting will be between the WCL’s best pitching staff (Cowlitz, 3.34 ERA), and offense (Ridgefield 7.25 RPG), making this three-game set must-see baseball for all fans of the game!

In seven meetings prior to Friday’s affair, the Black Bears hold a small advantage all-time against their rivals to the south, winning four games including their most recent matchup. That game kicked off the 2021 season in dramatic fashion with Cowlitz coming back from being down 8-3 by scoring seven runs in the eighth inning to secure the victory. Jayce Bailey (Utah) and Sean Mulcare (Portland) led the way for the Black Bears with a home run and two RBI apiece, with James Bradwell (British Columbia) slamming the door shut with two innings of scoreless relief to earn the save. Given the strengths of these two teams, spectators can certainly expect some more top-notch action over the next three games, much like game one.

Entering the action, the Raptors and Black Bears will be at very different places in their schedule. Having already completed 24 league games, Ridgefield will actually be starting off their second half of play as Cowlitz closes their first one out. This puts the Black Bears in a good spot, since while they cannot catch up to the Raptors’ second or third place finish (Portland also has three games to play), they can spoil their rival’s chances of starting the second half strong, and can potentially give themselves up to a three game advantage in the loss column once they reach that phase of their own schedule. In essence, each game this series can only help the Black Bears, without hurting their chances at the second half’s divisional crown.

His name certainly belongs in this section each series, and for good reason as Brock Bozett (Spokane CC) continues to be a driving force for Cowlitz both offensively and with his glove. The incoming sophomore has been a phenomenal presence at the top of the order, slashing .263/.368/.329, while leading the team in walks (11) and RBI (18). That latter total is certainly no surprise as he’s shown a knack for coming through in the clutch, sporting a .320 average with runners in scoring position. On top of all that, he’s playing to a .971 fielding percentage while logging 80+ innings at both shortstop and third base. He’s been a real treat to watch all season long, a fact that will remain constant in this series.

For the Raptors, look no further than Coby Morales (Cypress) for big time offense. The power-hitting first basemen is currently in the top-3 in all three triple crown categories in the WCL, hitting .350 (third), with four home runs (tied-second), and 22 RBI (third). Though he hasn’t had a ball leave the park since July 1st, he is riding a three-game hitting streak and has reached base safely in 23 of 25 contests this season. His at-bats will be prime viewing as he gets his first chances against the elite pitching staff of the Black Bears.