Pre Series Outlook vs the Drifters 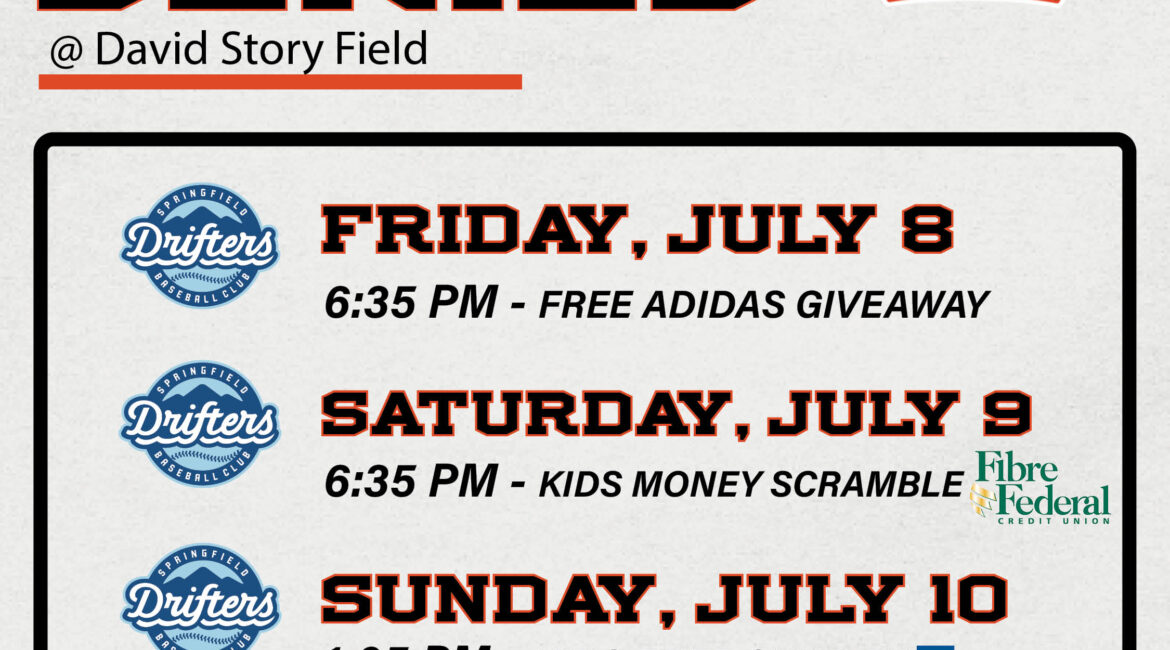 On Friday evening, the Cowlitz Black Bears are back at Story Field following an eight-game road trip, as they welcome the Springfield Drifters to Longview for the first time ever, starting an eight-game homestand.

Cowlitz was able to pick up multiple wins on the road trip, including a couple of wins north of the border in Canada.

Now, the Black Bears and the Drifters are set for their second meeting this year, after Cowlitz took the season opening series back at the Hamlin Sports Complex in the first weekend of the season.

On Opening Night in Springfield, the Black Bears dominated from the jump, amassing 11 runs on 17 hits, taking down the Drifters, 11-6. John Oleson went 5-for-5 in the season opener, picking up an RBI as well.

The two teams played a doubleheader on June 5th to close out the series after rain postponed Game Two which was originally set for 6:35 on June 4th.

The Drifter held on in the first game of the doubleheader, holding off a Black Bears comeback bid, taking the second game, 4-2.

Cowlitz would not be denied in the series finale though.

The Black Bears trailed three separate times in Game Three, including trailing by two heading into the final frame.

In the top of the seventh, Cowlitz put up three runs, taking the lead for good. Jadon Williamson was able to close the door in the seventh, securing the Black Bears first series victory on the year.

These two teams come into the weekend series battling for the final two playoff spots. The Black Bears hold a game advantage over the Drifters heading into Thursday evening. Cowlitz is coming off a series at Walker Stadium against the Pickles.

The Drifters meanwhile are 5-5 in their last ten, most recently taking a three-game series against the Victoria HarbourCats.

First pitch on Friday and Saturday is scheduled for 6:35 p.m., while Game Three is an expected 1:05 p.m. first pitch. Tickets for all three games can be found at cowlitzblackbears.com.

If you can’t make it to Story Field, you can listen and watch online on cowlitzblackbears.com under the “Watch Live Online” and “Listen Live Online” tabs, where Brendan Reilly, the Voice of the Black Bears, will bring you all three games against the Drifters.

Following the series against the Drifters, the Black Bears host the NW Star Nighthawks for two non-league games during the midweek, before Port Angeles comes to town next weekend.