Pre Series Outlook vs the Pickles 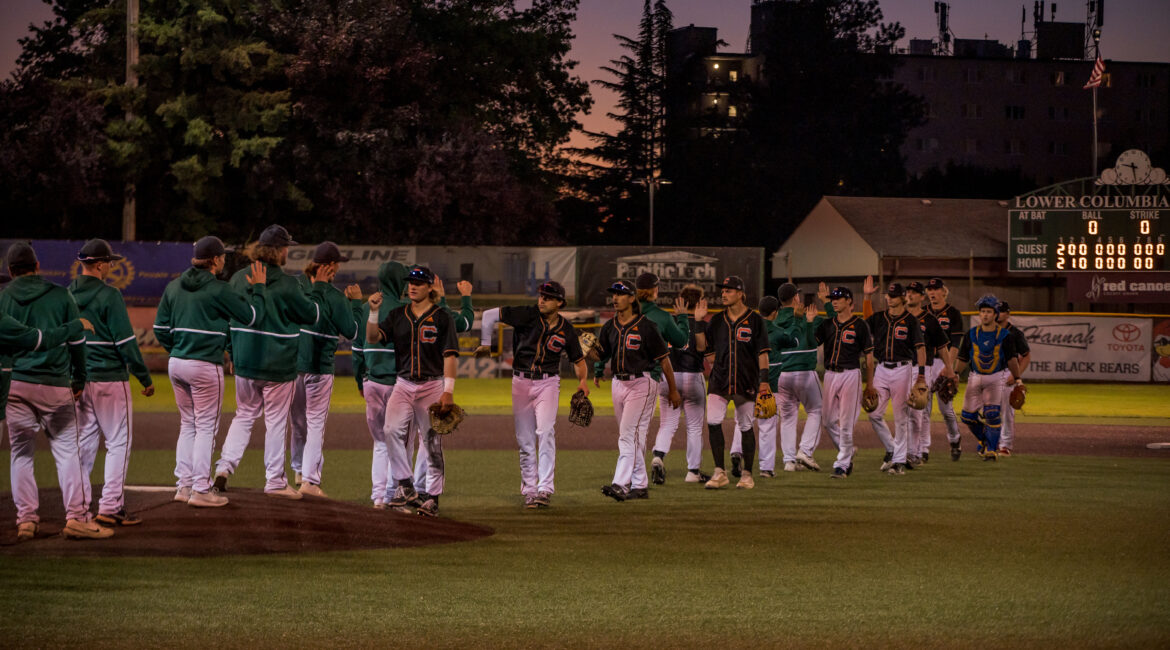 One Last Ride at Home

It is the final stretch of the regular season for the 2022 Cowlitz Black Bears.

Six games left. Three at home, three on the road, while being 3.5 games out of a playoff spot.

Cowlitz has not made the playoffs since the summer of 2012, but they have a chance to end that drought this week.

The Black Bears were able to take the series against the Nanaimo NightOwls over the weekend at Story Field. Cowlitz made history on Friday night by putting up a single game franchise record 18 runs and picking up the first shutout of the year with an 18-0 victory. In Game Three, the offense continued to roll and Cade McGee dazzled over eight plus innings, striking out ten, as Cowlitz took the series with an 8-2 win.

Cowlitz has won four out of its last five series, including series wins over Port Angeles, Ridgefield, Wenatchee and Nanaimo, winning the last three in a row. After a stretch of over 30 days without taking a series, the Black Bears are back to their winning ways with their final test at home this week.

Tuesday marks the start of the final home series of the regular season at Story Field as the Portland Pickles make the trip up I-5 to Longview. This is the second time the two sides are playing each other this summer after Portland took the series in Portland, winning the first two games at Walker Stadium.

Portland in the second half is two games back of the Corvallis Knights, who already won the first half, and four games back in the overall standings.

Cowlitz currently sits in sixth in the South Division of the West Coast League, while the Bend Elks are holding onto the four seed and the final playoff spot in the division. Yakima Valley currently is a game and a half up on the Black Bears after a series victory against Kelowna and are two games back of Bend.

Cowlitz will need to continue its winning ways in order to keep pace.

All three games are scheduled for 6:35 p.m. this week from Story Field starting on Tuesday with the final ‘Three Dollar Tuesday’ in Game One as well as the last ‘Fibre Family Wednesday’ for Game Two, while the home slate wraps up on Thursday.

Fans can find tickets to all three games on cowlitzblackbears.com.

If you can’t make it to Story Field, you can listen and watch online on cowlitzblackbears.com under the “Watch Live Online” and “Listen Live Online” tabs, where Brendan Reilly, the Voice of the Black Bears, will bring you all three games against the Pickles.

Following the series, Cowlitz will finish the regular season in Bend against the team they are trying to catch, the Bend Elks, this weekend with the possibility of playing themselves into the playoffs.